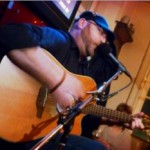 Active 5 years, 1 month ago
@marcooctoman Hi Marco. You should find a window treatment website where you can leave your links. If you have a comment about Mt Katahdin, please feel free to leave it but until then, I will delete your spam. View